Two emerging bio companies and two rising-star researchers were chosen at Oregon Bio 2019: Innovating and Scaling for our Region’s Growth conference in Portland. Company Pitch Fest winner notes, “[We] appreciate the recognition this award provides for the potential impact of our efforts to deliver next generation steroid products with a substantially improved safety”

Industry expert judges and attendees picked the four winners of the Oregon Bioscience Association’s 2019 Research Fast Pitch and Company Pitch Fest competition this week. Entrants competed for more than $15,000 worth of cash and prizes, designed to further their study and commercialization potential. The presentations and voting happened at the Oct. 29 Oregon Bio 2019: Innovating and Scaling for our Region’s Growth conference.

“The winners represent the best of our industry, which is dedicated to discovery of innovate healing technologies, addressing unmet medical needs and driving economic development to spur commercialization,” said Oregon Bio’s Executive Director Liisa Bozinovic. “We want to do all we can to encourage innovations and cures.” 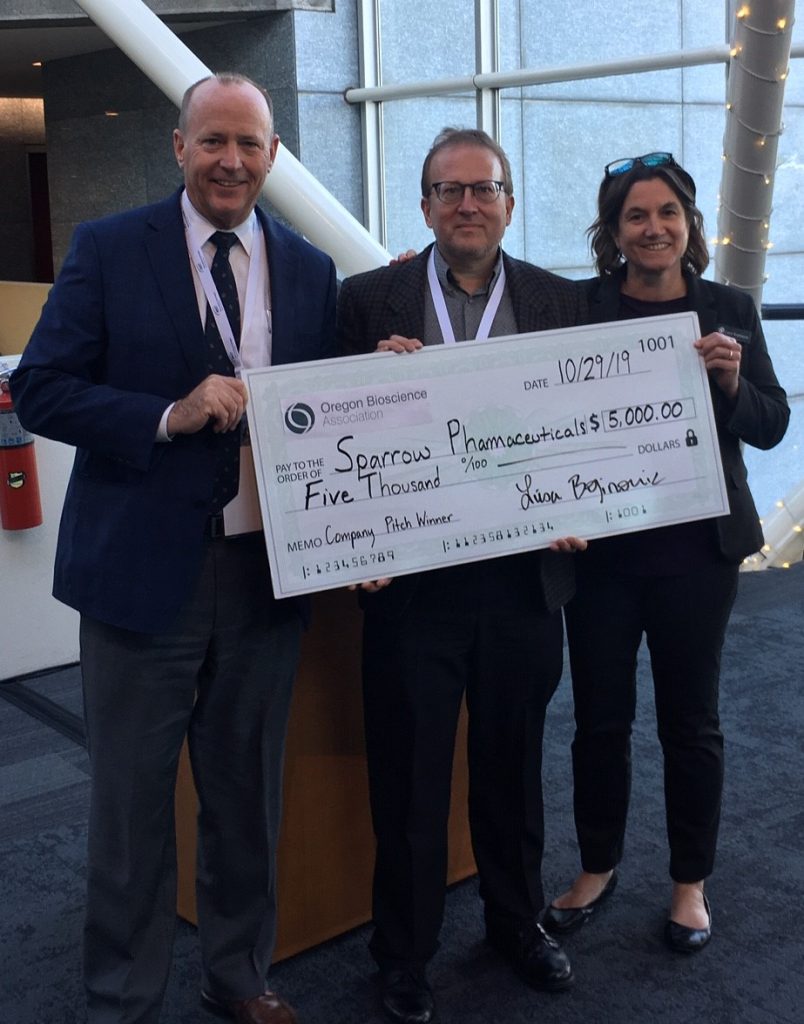 Sparrow’s emerging success with its novel products that combine an HSD-1 inhibitor with a corticosteroid, stating it will become the first effective, safe, convenient, and cost-effective treatments for patients with autoimmune and other diseases to eliminate and reduce side effects of long-term steroid use.

Judges noted Sparrow has a “clear plan for clinical development and in-licensing. Its technology has a distinct advantage in having been through human safety trials and having human proof of concept for its small molecule enzyme inhibitors designed to reduce side effects of important steroid drugs. Sparrow has a strong patent position.” Sparrow is headquartered in Portland, Oregon.

The winning research project was presented by Xinyue “Lucy” Lu, a 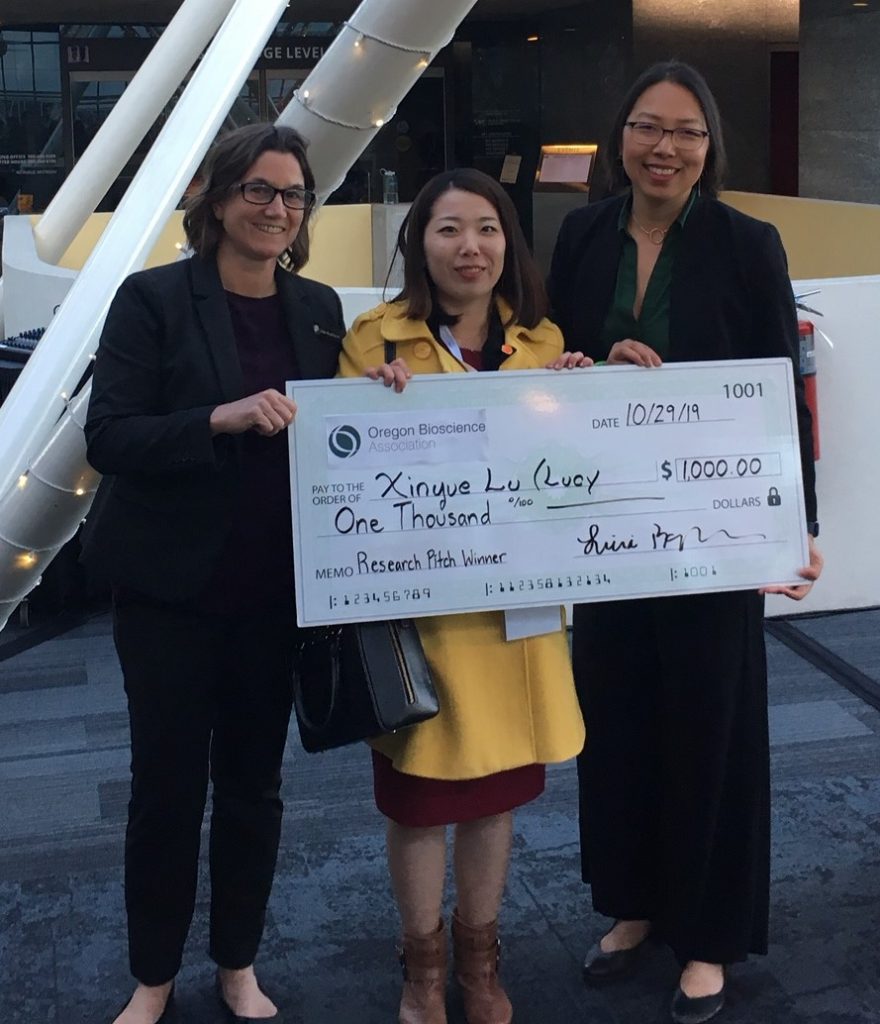 graduate student researcher at Clemson University, who is developing a novel bio-adhesive mesh system for hernias. Lu proposes this new point-of-care technology to combine hydrogel adhesive and polymer surface modification, which will be part of a $3 billion industry. Lu, who resides in Beaverton, receives $1,000 in cash, BioPro courses, free admission to an upcoming Oregon Bio event and legal counsel.

Lu competed against seven other researchers, including Ph.D. candidates. The judges noted Lu’s presentation showed her proposal had the “most promise in being a platform technology/research project.  She also focused on her research solution. Lucy had the right balance of addressing the problem, her solution, next steps, and potential impact.”

To see the competing researchers and companies, view the Event Guide at  https://www.oregonbio.org/wp-content/uploads/2019/10/Oregon-Bio-2019-Event-Guide.pdf. 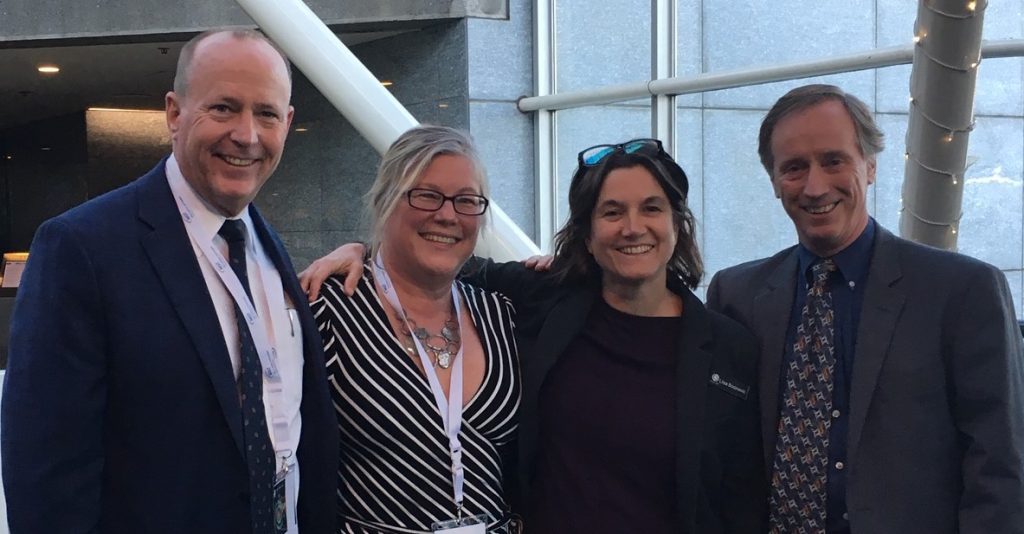 The audience voted to name a People’s Choice winners in both categories.  The People’s Choice in the Company Pitch Fest Category was Curadite.  Jody McNannay, co-founder of Curadite, a startup working to deploy a novel medication management platform said, “Winning the People’s Choice Award confirms the broad impact medication adherence has on so many people. Given the breadth of the audience at Oregon Bio 2019—from life science leaders and entrepreneurs to students and researchers—this win was truly inspiring for the entire Curadite team.” 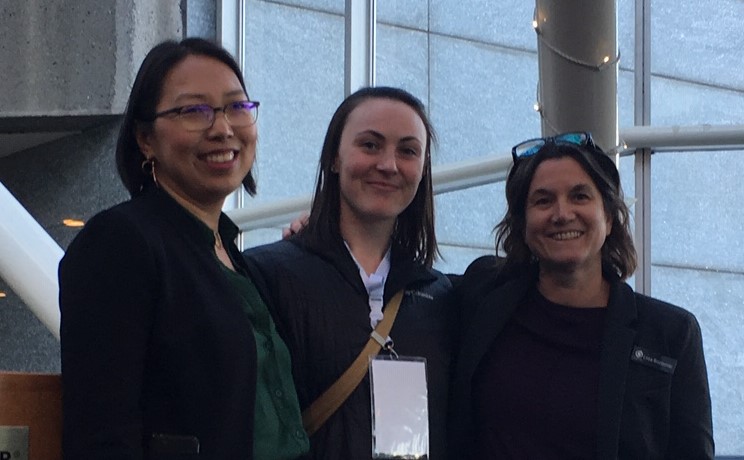 For the researchers, the People’s Choice was Lael Wentland, a graduate student at Oregon State University, who presented a home-use testing diagnostic to determine levels of phenylalanine that is an indicator for the genetic disorder Phenylketonuria.

The Oregon Bioscience Association seeks to create opportunity through advocacy, cultivation, education and group purchasing discounts for its members and the sector. Oregon Bio promotes the growth and quality of the bioscience industry in the region and

Also growing is Oregon’s share of NIH funding.  A 2018 report released by BIO shows Oregon attracted 1,274 bioscience and related patents. The study also found Oregon is emerging in several bioscience areas, with job growth in four of the five major subsectors from 2007 to 2016.

For more information about Oregon Bioscience Association, please visit www.oregonbio.org. Connect with us on LinkedIn and Twitter.