Voice of Academia with PSU’s Dr. Carlos Crespo: The Beginning of a Scientist

We recently talked with Carlos Crespo, Dr.PH, who holds a doctorate in Public Health and works at Portland State University (PSU) as Vice Provost of Undergraduate Training in Biomedical Research, about how his life work is about creating scientists. He is our second profile on this intermittent series, Voice of Academia.

About half a decade ago, Dr. Crespo honed his observations about how industry clusters form and thrive, especially when the cluster was diverse in industry and workforce. He observed that same is true with people. Building connections, he observed, made students consider careers in biomedical research, even when they’d had no training or no exposure to the field.  From that and with the help of NIH (National Institutes of Health), he’s started creating scientists. Here’s his story.

I was born in Puerto Rico. I came to Oregon from work in Buffalo, New York and the Washington, D.C./Baltimore area. Over the many miles and years, I observed the biotechnology pockets in Los Angeles, San Francisco, Boston, Houston and other markets. These cities are trying to do something in bioscience and it’s working.  I have watched them build and develop their biotech industry clusters. They share resources.  But it can be challenging to get companies to truly come together.

We have things happening here in Portland. More than sports and outdoor wear. We have a great city, including a gem in OHSU which competes well at the national level in medical research. But it is alone here. One of the challenges we have in the biomedical research workforce is the lack of worker diversity. Look at underrepresented groups such as populations of the American native, Hispanic, the disabled, and in various geographies.  If they are thinking of studying in the medicine and bio fields, they think traditional roles like nurse, doctor or dentist. They do not think of scientific research.

So we at PSU, we developed a new approach in work with OHSU where we are expanding students’ purview into the world of biomed research, creating opportunities for exposure to chemistry and biology, so they can discover about discovery.  We actively recruit them from diverse backgrounds and populations. 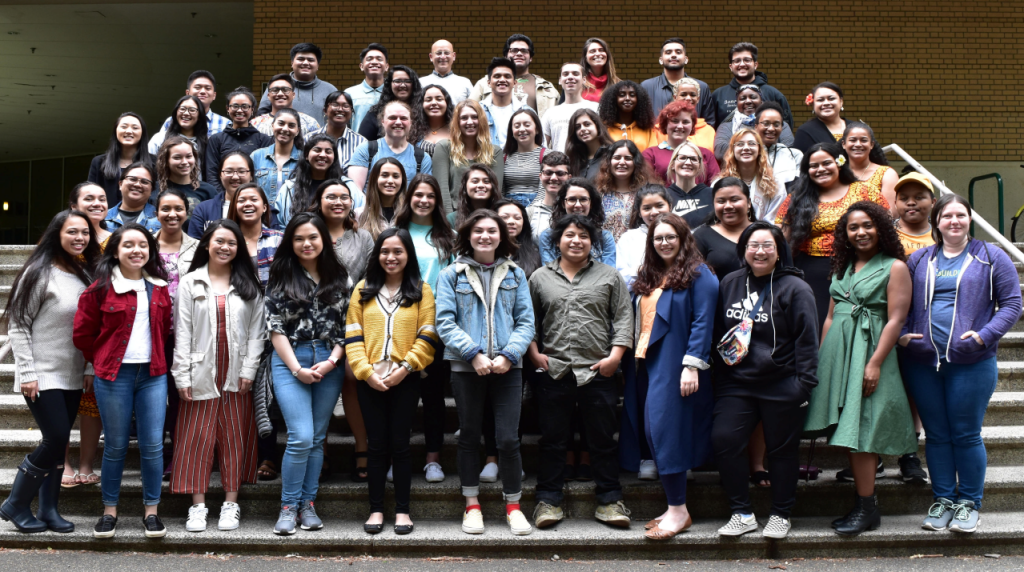 What could be do about this locally, that might improve the recruitment to and overall quality of local biomed research? We put together the EXITO application for NIH’s consideration.

We learned in the application process that NIH did its own studies ahead of our application. NIH noticed overall, principal investigators (PIs) are not as diverse as needed or may be reflective of the various populations. NIH looked at impact with diverse PIs. NIH found diversity of authors produce better science; it’s proven to be more impactful and longer-lasting work. For example, part of my study is to look at disproportionate suffering from diseases. I can create better hypothesis because I lived in that environment growing up as I’m from Puerto Rico and Puerto Rico as territory has the highest rate diabetes in U.S.

Our grant applicated was approved and we received the NIH grant for study spanning from 2014 to 2019, for which we received an impressive $24.3 million, in a first phase “1.0” program. Then our 2.0 or Phase 2 will go until 2024 is $19 million. The grant’s purpose is to train future biomed researchers.