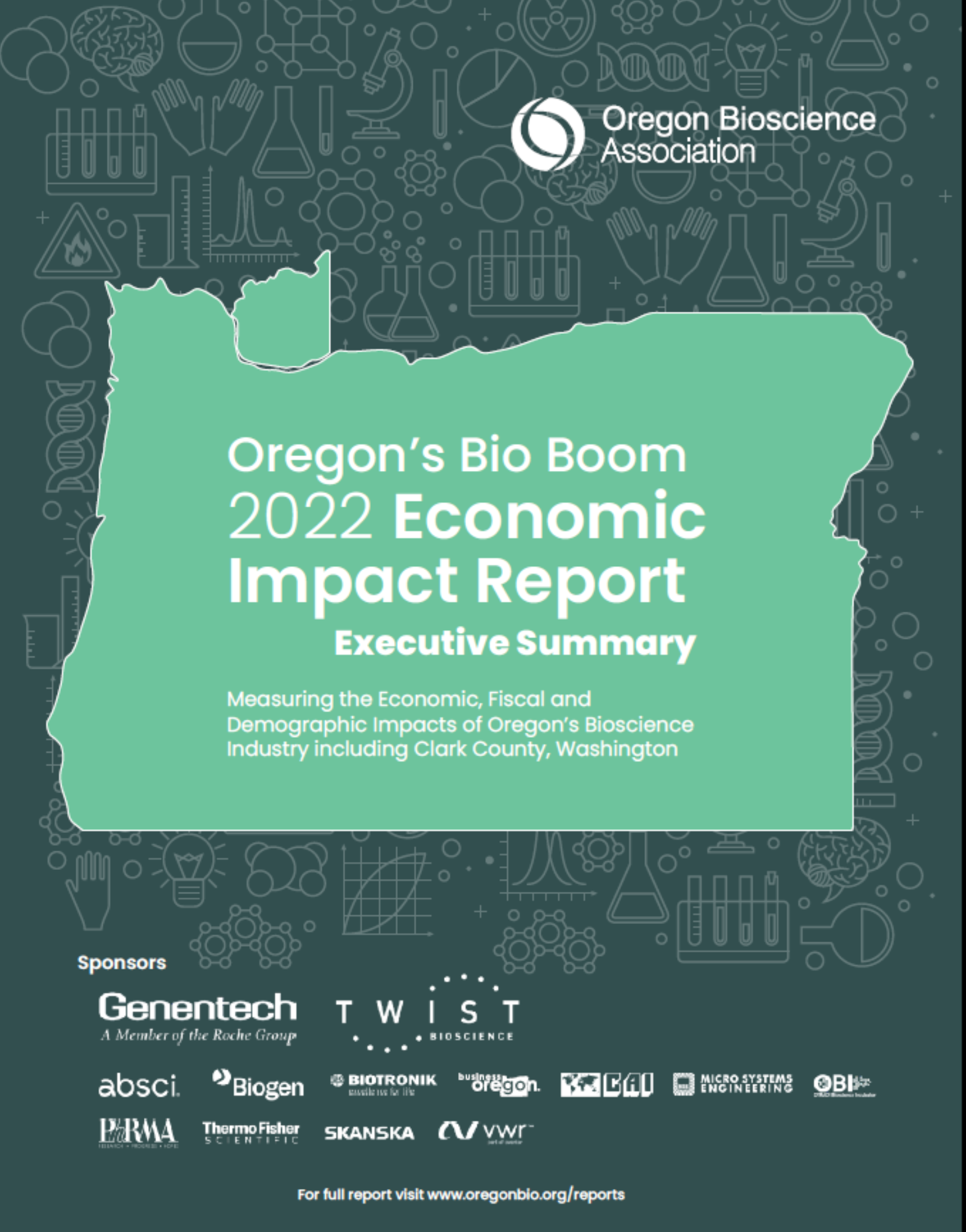 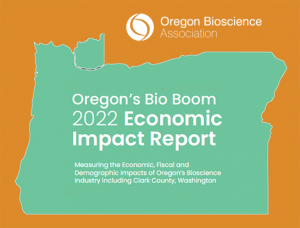 “These are the highest numbers we’ve generated in the industry since we started measuring it here in Oregon nearly 20 years ago,” said Liisa Bozinovic, executive director of the Oregon Bioscience Association, the study’s sponsor. “The consistent, upward trajectory story continues.”

Just in the past three years, ‘new’ money from the National Institutes of Health grew in Oregon by 36% to $424 million in 2020, the highest level ever in the state. The average annual wage at life science research institutions was $89,100 in 2020, which is fully 51% greater than Oregon’s statewide average annual wage in private sector employment.

Bioscience in Oregon is also increasingly welcoming women and multicultural workers. In 2020, 75% of the workers in life science research were women. In the combined total count, women make up 45% of the total industry workforce, while ethnic minorities comprise nearly 22% of the total bio workforce.

Alec Josephson, economist with Pinnacle Economics, conducted this current study as well as previous studies for the association. “I’ve had the opportunity to author all six economic impact studies of the bioscience industry in Oregon, starting in 2002, and a few things jump out at me. Mainly, the substantial growth from the study we conducted three years ago shows bio is becoming a pivotal industry in Oregon’s economy.”

He added, “This importance is amplified as bioscience represents a diverse mixture of manufacturing, trade and service sectors which helps to insulate it from contractionary economic factors. Bioscience exports much of what it produces which, along with the substantial NIH funding and venture capital funding increases, bring significant new money here.”

And the industry in Oregon has grown its ‘halo’ effect. Josephson noted the economic multipliers have also increased. “From an economic impact perspective, the bioscience industry generates multiplier spending effects that benefit workers and business owners in other sectors of the Oregon economy.” The report reveals an increased employment multiplier of 3.1, which suggests that every 10 jobs in the bioscience industry support an additional 21 jobs in other sectors of our state’s economy.

Additionally, an income multiplier of 2.2 shows that every $1 million in income directly generated in the bioscience industry is linked to another $1.2 million in income for workers and business owners in other industries in Oregon. “The larger the multiplier, the greater the interdependence between the bio industry and the rest of the economy,” explained Josephson.

Oregon Bio’s Bozinovic reported that comparatively, the industry’s expansion has been more substantial than anticipated. The study notes several changes since the first 2002 study:

Substantial growth was noted at biotech firms in southwest Washington’s Clark County.  The report includes a purview of Clark County in 2020:

“Also proved in this study: bioscience exists in nearly every county in Oregon,” added Bozinovic. She noted 36% of bioscience firms are located outside of Portland, with 39% of total commercial bioscience employment, which generated $481 million or nearly a third of the commercial bio wages in 2020.

Added Josephson, “By any measure, Oregon’s bioscience industry has grown consistently since 2002. For example, bioscience employment has almost doubled since the first study, which would rank it as one of the fastest growing major industry sectors in Oregon in that time frame. Going forward, as in the last two decades, demographic changes suggest that the demand for the goods and services that bioscience produces will continue to push industry growth in Oregon.”

Oregon’s report accessed government data using NAICS codes, which are used in national bio-industry benchmarking and are comparable to the most recent report by TEConomy/BIO, The Bioscience Economy: Propelling Life-Saving Treatments, Supporting State and Local Communities 2020.

The Oregon Bioscience Association advocates for its members and the industry to create opportunity through advocacy, cultivation and education. Oregon Bio promotes the growth and quality of the bioscience industry in Oregon and continually seeks ways to support sustainability and growth in the life science, bioscience, biotechnology and device manufacturing industries and to create acceleration initiatives so members can achieve their full scientific, economic and social potential. Oregon Bio, a nonprofit membership association, is both the Oregon affiliate of BIO (Biotechnology Innovation Organization), and AdvaMed (Advanced Medical Technology Association). Oregon Bio’s most recent economic impact report can be found at https://www.oregonbio.org/about/reports/.

PrevPreviousOpinion: How the vaccine has made it all over the world
Next2023 Promises Continued Discovery and InnovationNext